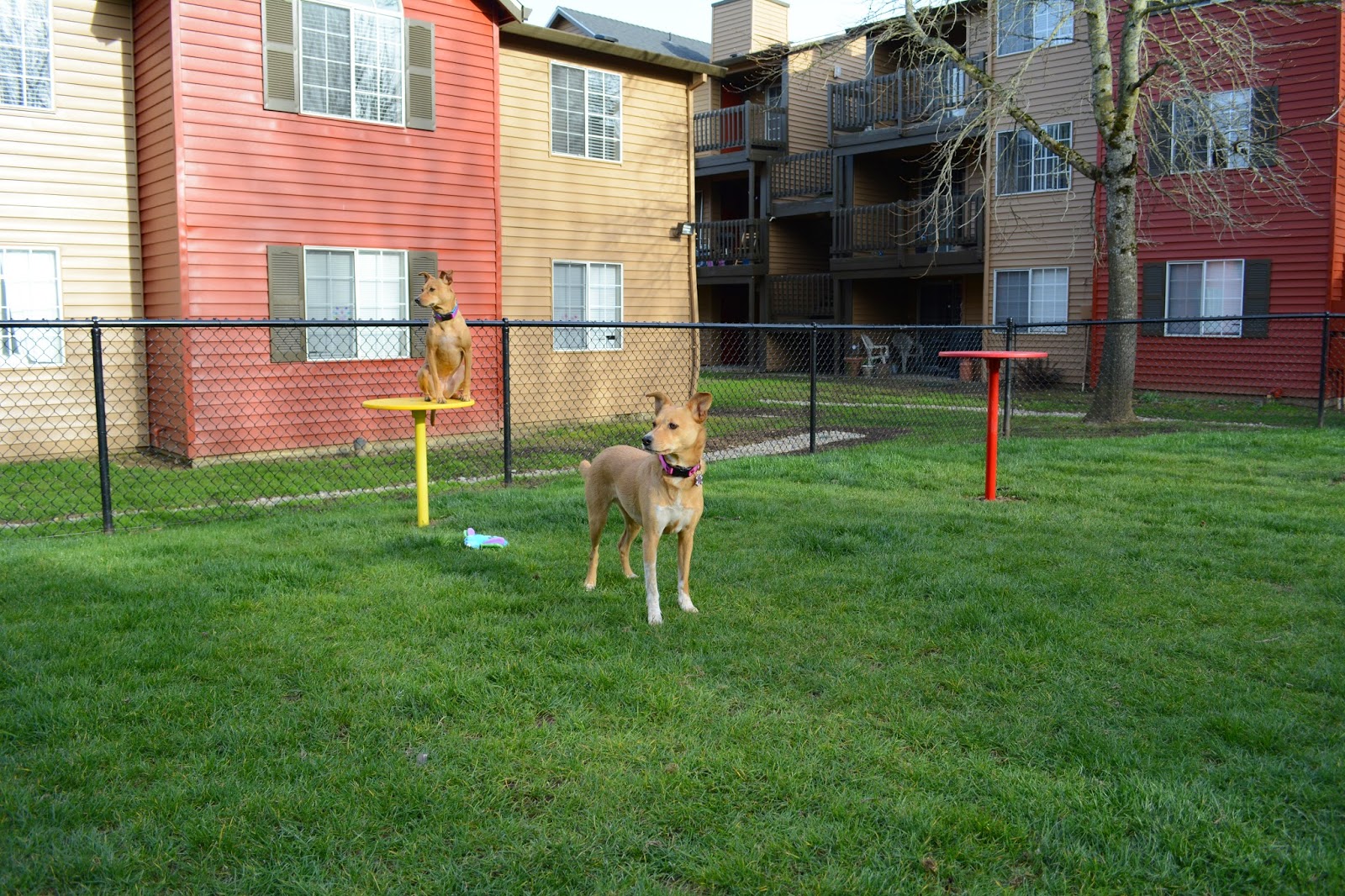 I was doing my photo shoot indoors for my Petbox review (which I'm totally late on, oops) and when I was looking at my pictures I thought, "these are boring!! Lets go outside and play with the toys out there!" So I took the girls and all the toys to the dog park in our apartment complex. 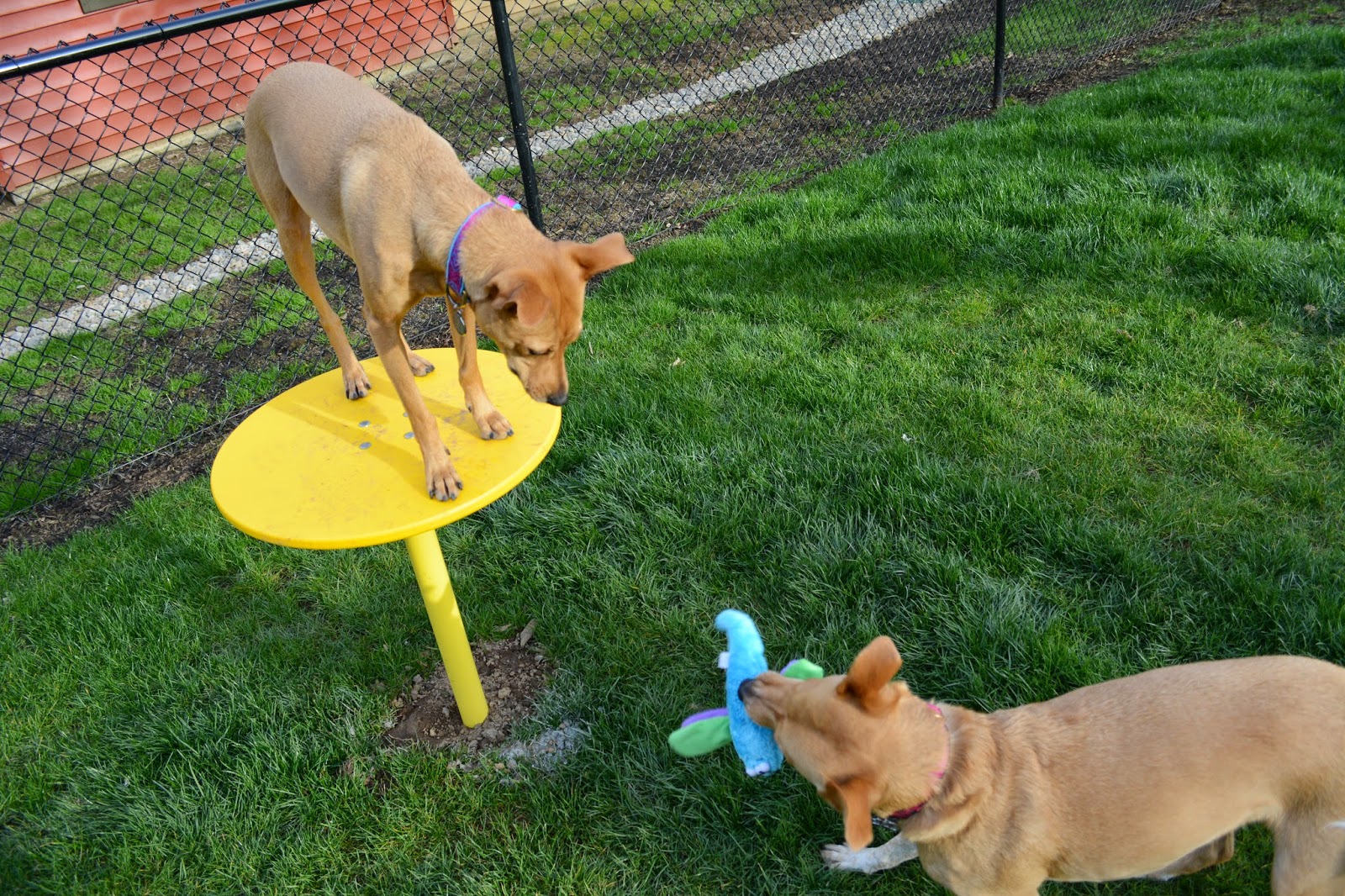 So instead, she took her toy over to Phoenix who was being really good on the platform and waiting her turn... 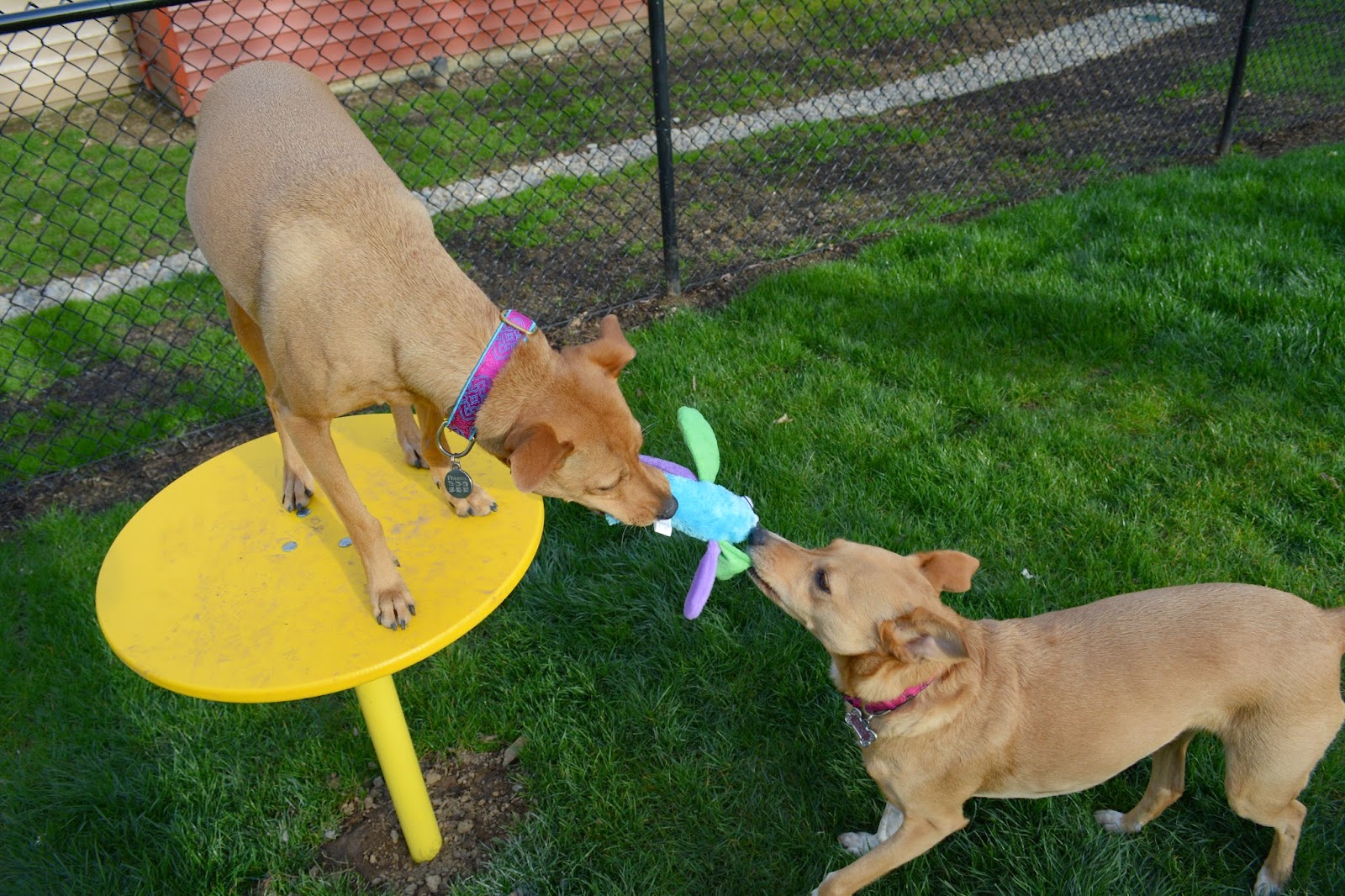 and she gave Phoenix the toy! Then they decided to play tug. Phoenix wouldn't hop off the platform because she was supposed to be waiting. It was so funny that I went ahead and released her. 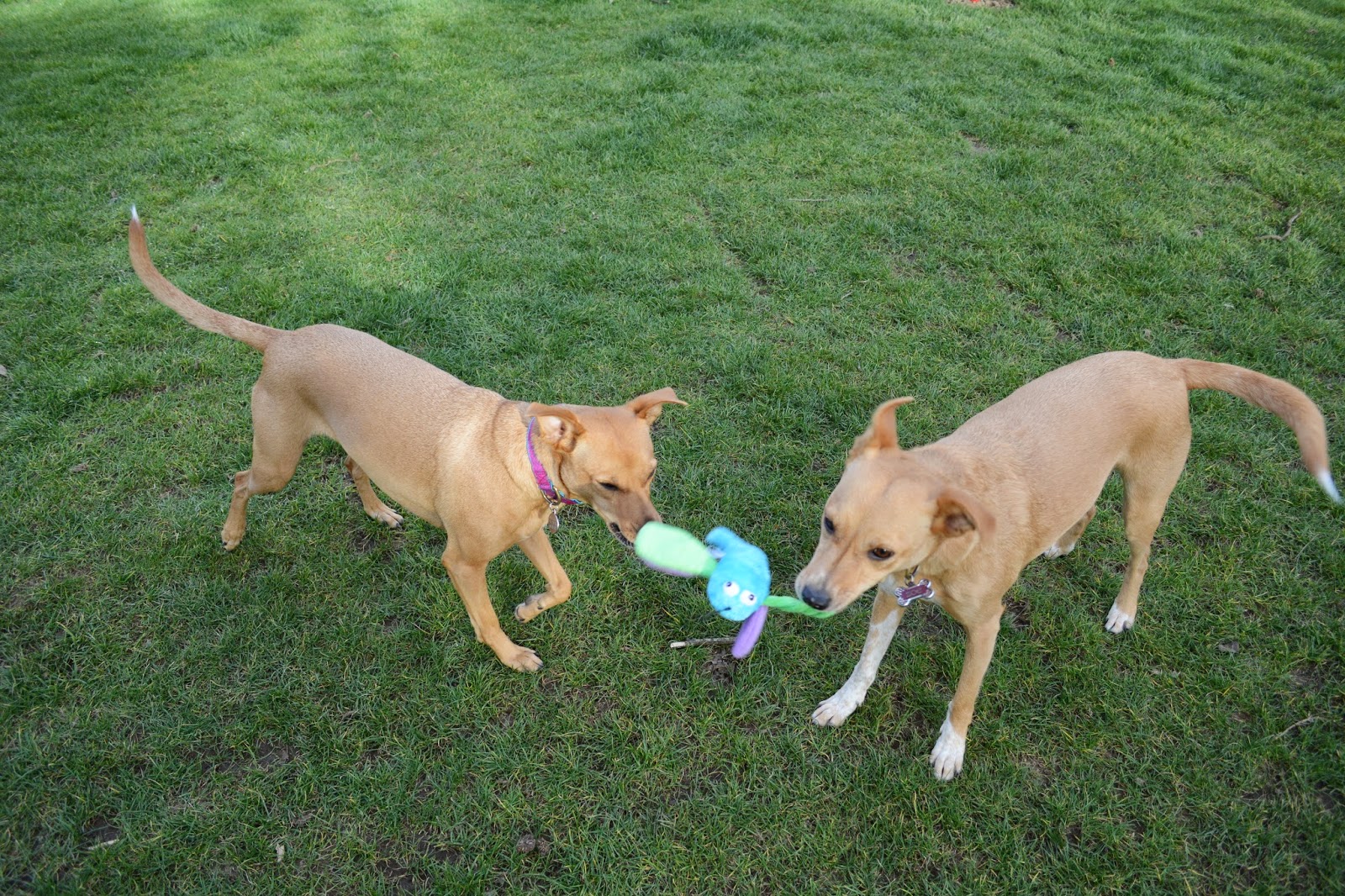 They had a lot of fun and I did get some great pictures for the review. Happy Monday everyone!