How do you pronounce your blog's name?
Like Sophie but with a Z (ZO-PHEE)

Are Zoe and Phoenix sisters/twins or related? YES!!!
We just ran Embark DNA profiles on Zoe and Phoenix and it came back with their breed results and that they are confirmed to be related! 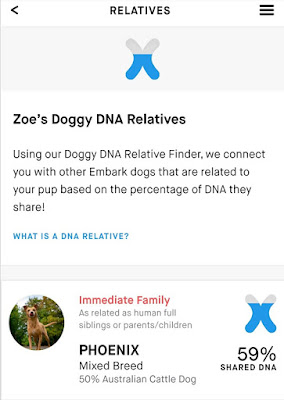 They are about the same age and they came from the same small town, Klamath Falls in Southern Oregon. I got Phoenix 14 months after Zoe. When they met at the shelter they seemed to know each other already and didn't care that the other one existed in the same space. They have always been good buddies throughout the years and have rarely ever gotten mad at each other. We have never had a fight even though they are both female.
Do you recommend getting two puppies or dogs at the same time? NO!!!
Getting two puppies or dogs at the same time is generally a bad idea because it's 3-4 times the work of one dog. You have to train each dog separately, take each dog on separate outings, crate each dog in a separate room and also put them back together and train them together. There's also a very high chance that one or both of the dogs will develop "littermate syndrome". Note: They do not have to be littermates to experience this syndrome of hyper attachment to each other. Typically dogs will either get too attached to each other or they will begin to hate each other around sexual maturity and that's when bloody fights begin.
Click on the links to read more information: Littermate Syndrome. Littermate Syndrome.
We recommend adding multiple dogs with at least 1-3 years between each dog. That way you have time to fully train the first dog before getting a second. That way, your next dog will already have a great role model in the house and your first dog is already trained, so you can focus on training the second dog. Note: The dogs will still need to be trained together but it's much easier if the first one is already rock solid on their manners.
How old are they?
Zoe and Phee were both probably born somewhere around 2010. So they are going on 10+ years of age now. Alice was born towards the end of 2018. So she's probably about 1.5 years.

What kind of dogs are they?

What is their favorite food/treats?
We are currently doing a rotational diet. That means I rotate different brands and proteins of high quality kibble, they also get some raw as well. They really enjoy this way of feeding! They also love any treat that would be considered real meat like chicken, steak or salmon. They absolutely love bully sticks and pigs ears. Both girls are foodies and love pretty much anything, though. Phoenix is a bit more food driven than Zoe and she will work for anything from kibble and charlie bears to steak with the same amount of enthusiasm.

What is their favorite toy?
Phoenix loves toys. It doesn't matter what it is. One of her favorite toys is a "skinneeez dog toy" that looks like a fox. Zoe's favorite toy is a "real fur" bunny tug that we got at a dog show. She isn't as into toys as Phoenix is and I have to work much harder to motivate her to play. Zoe prefers playing with food puzzle toys and anything that belongs to me. She loves fetching my keys!

What is their favorite trick?
Zoe enjoys all of her tricks. I think her favorites would have to be "bang" because she gets the most attention for it. My favorite of Zoe's is "jump into my arms". Phoenix is still learning a lot of tricks. I don't think any of them are really "finished". I would say Phoenix really enjoys jumping tricks and showing off how athletic she is.

How do I tell all the dogs apart?
Zoe is bigger, has white on her legs and chest, she also has a ridge of fur growing the wrong way on her nose. Her face is more square. She is blonde in color. Phoenix does not have white legs. She is smaller and her face is more pointy. Phoenix is more red/tan in color. Her fur is darker and shorter than Zoe's. Phoenix's left ear also droops way down, especially when she's tired. Alice is the little dog with the dark face, her right ear stands all the way up. 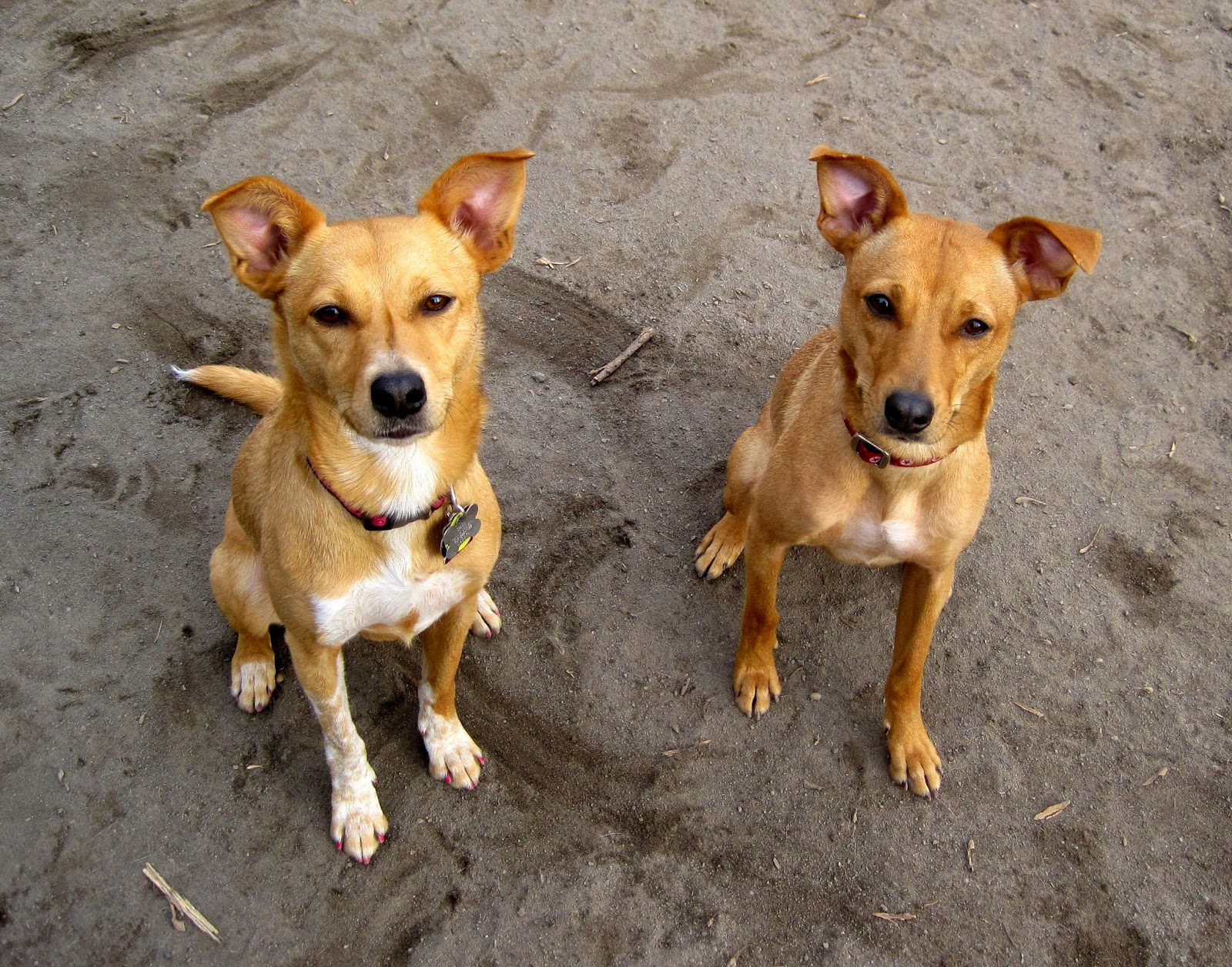 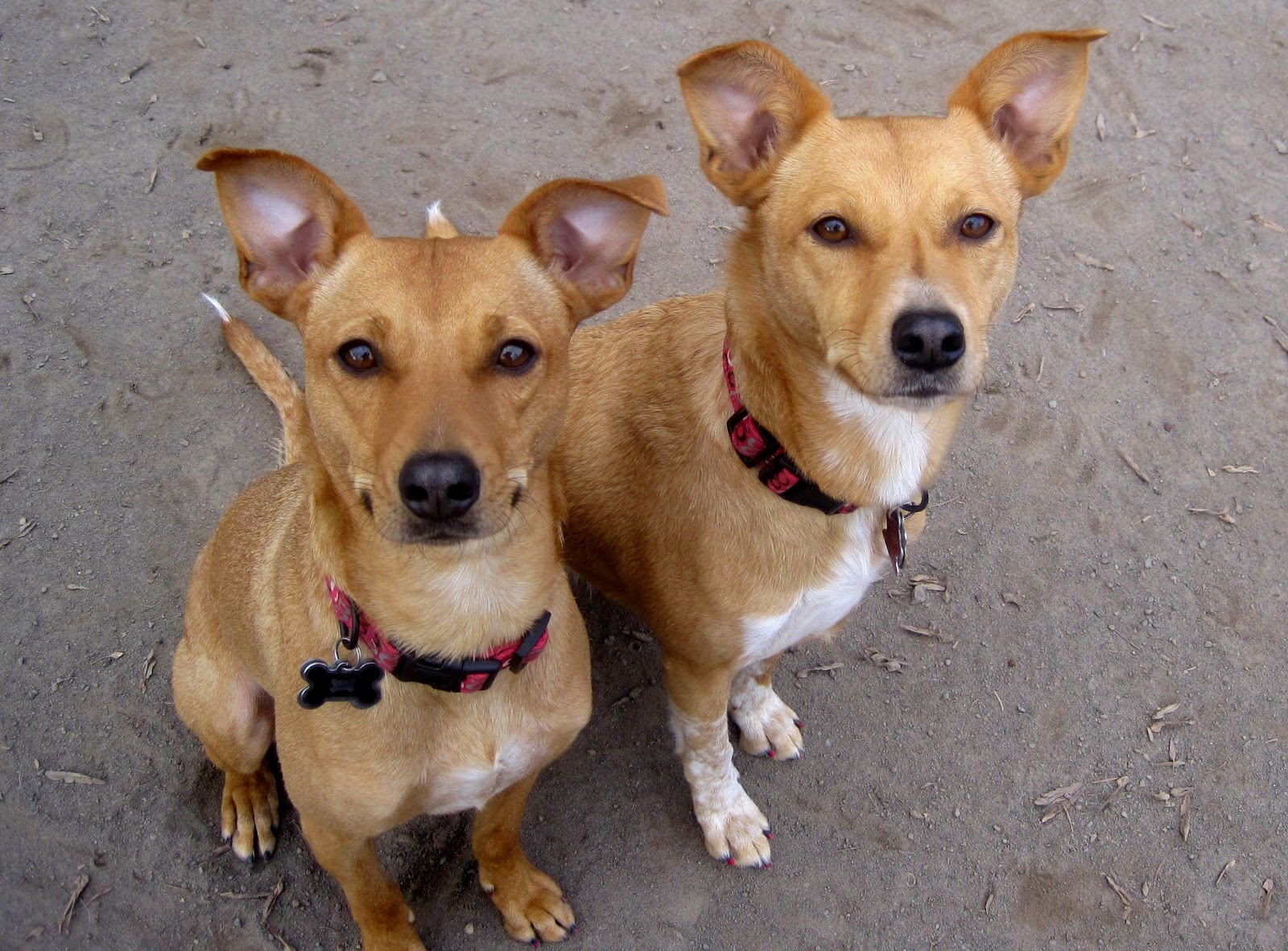 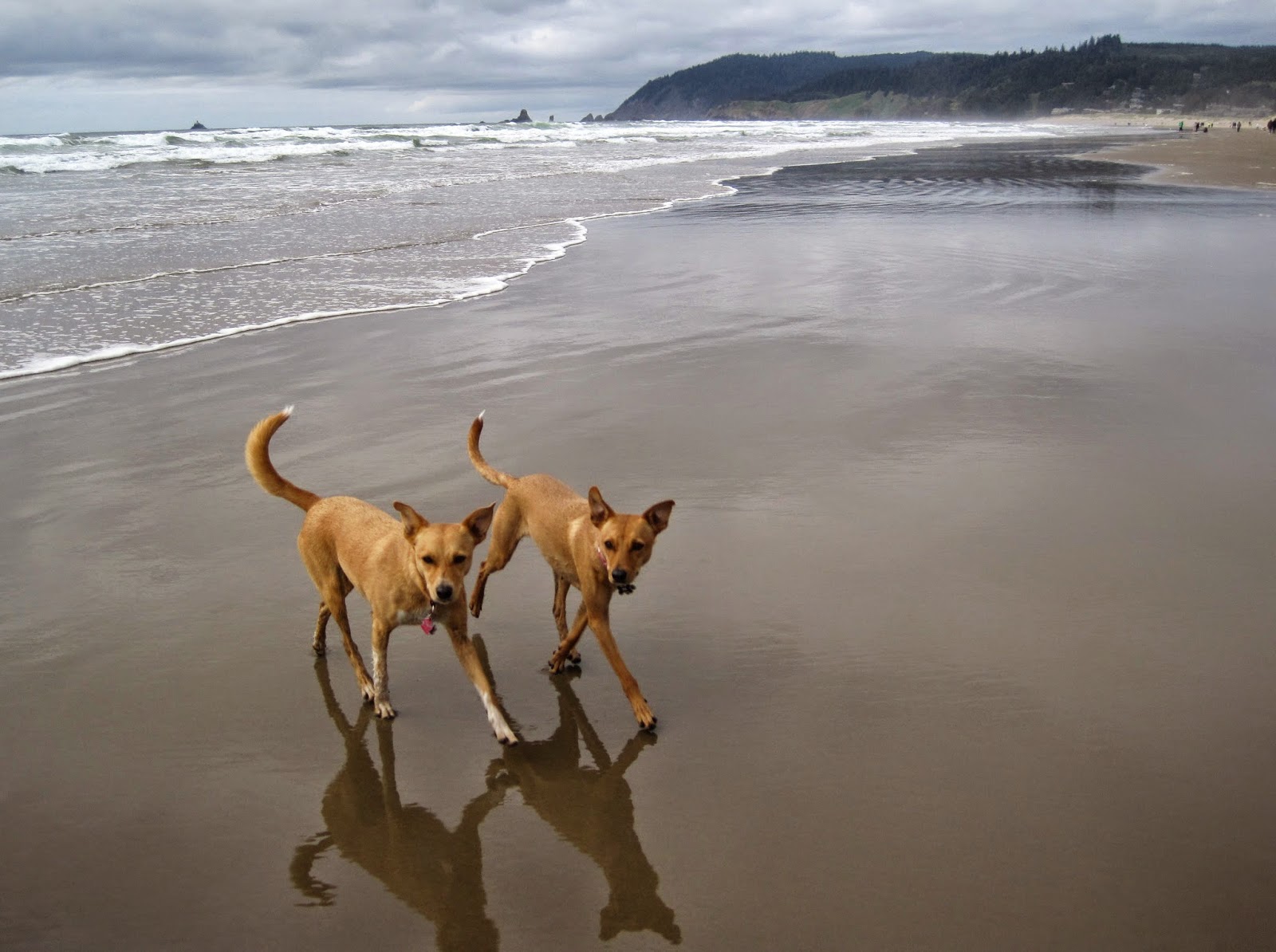 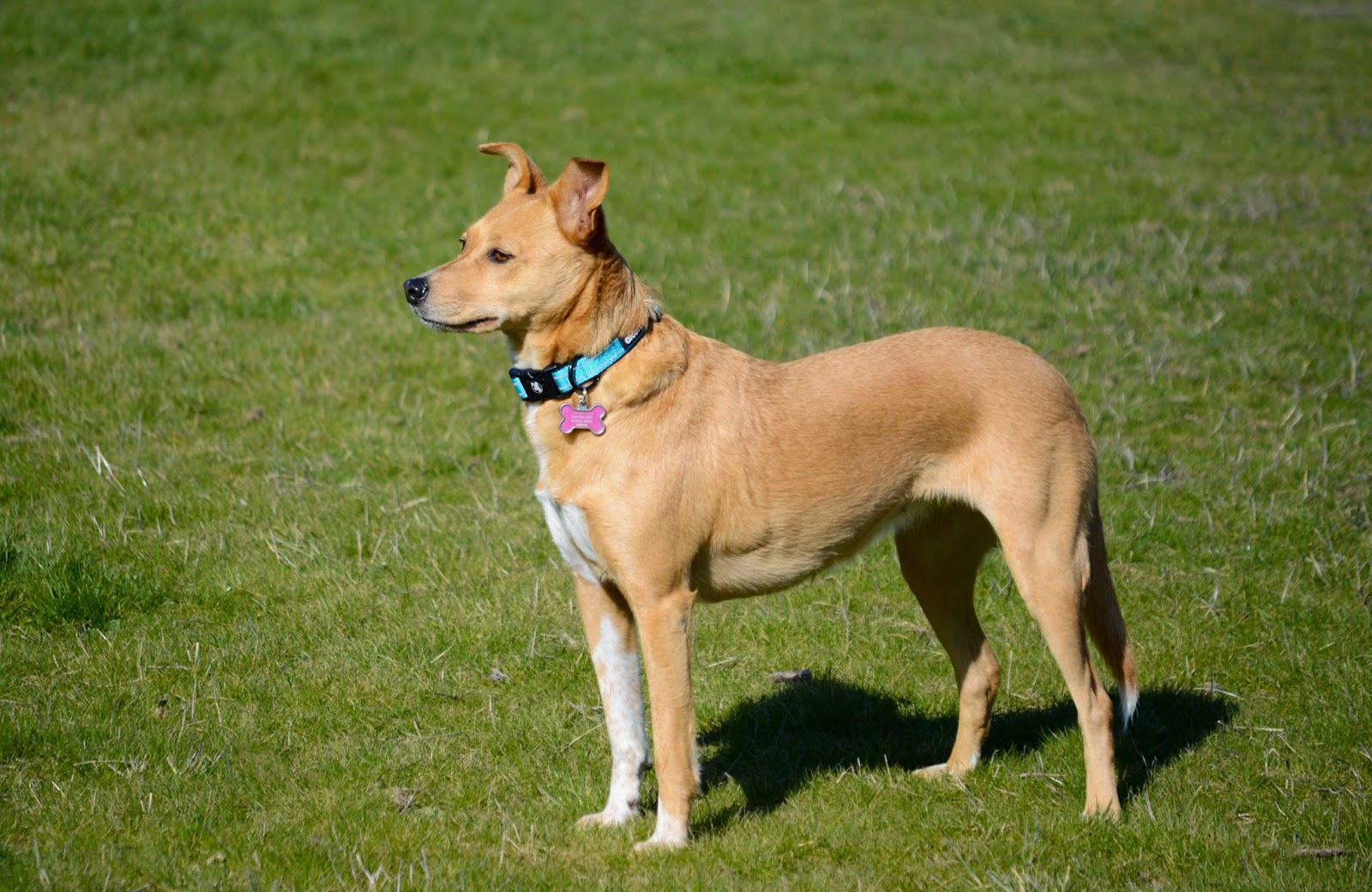 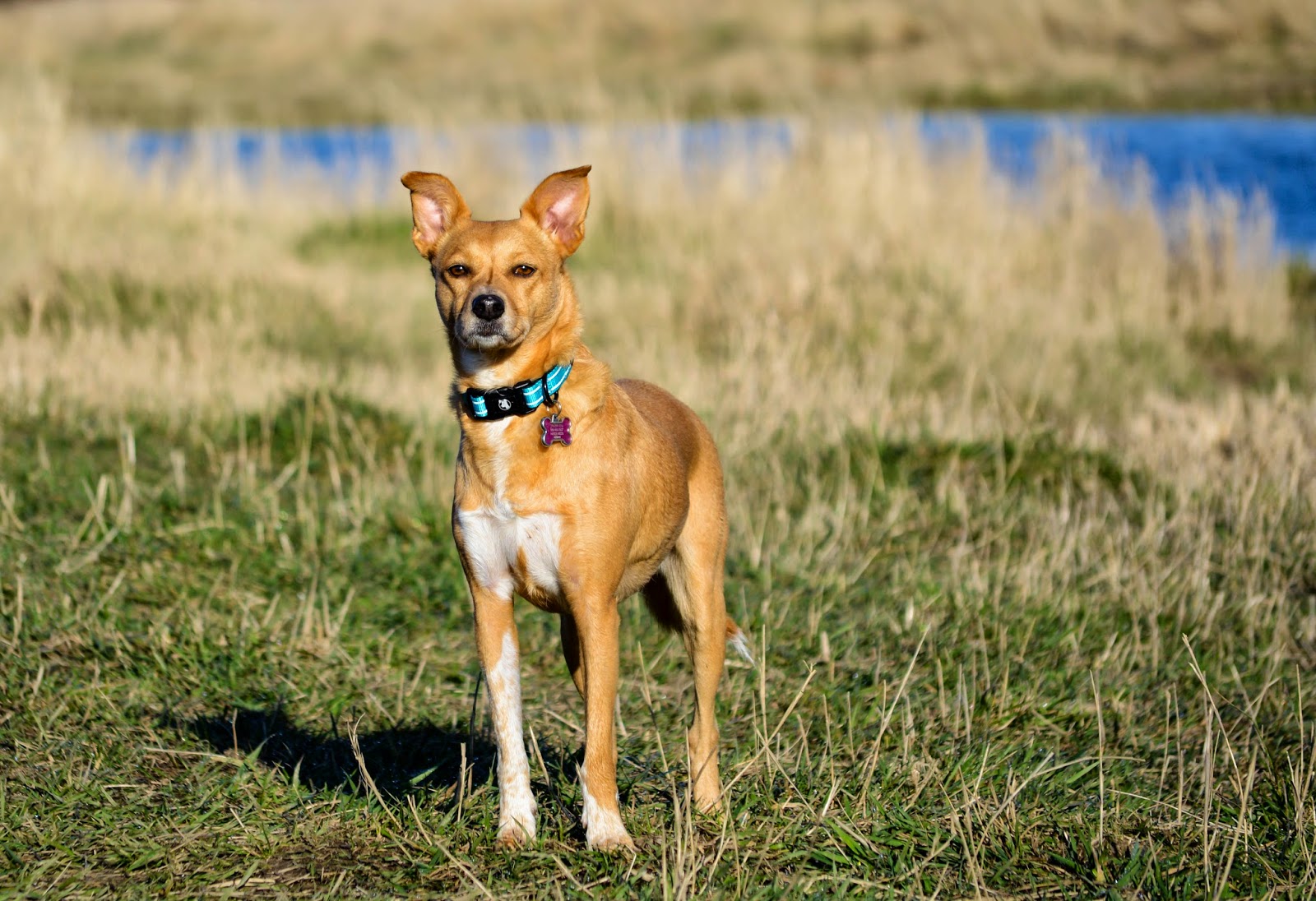 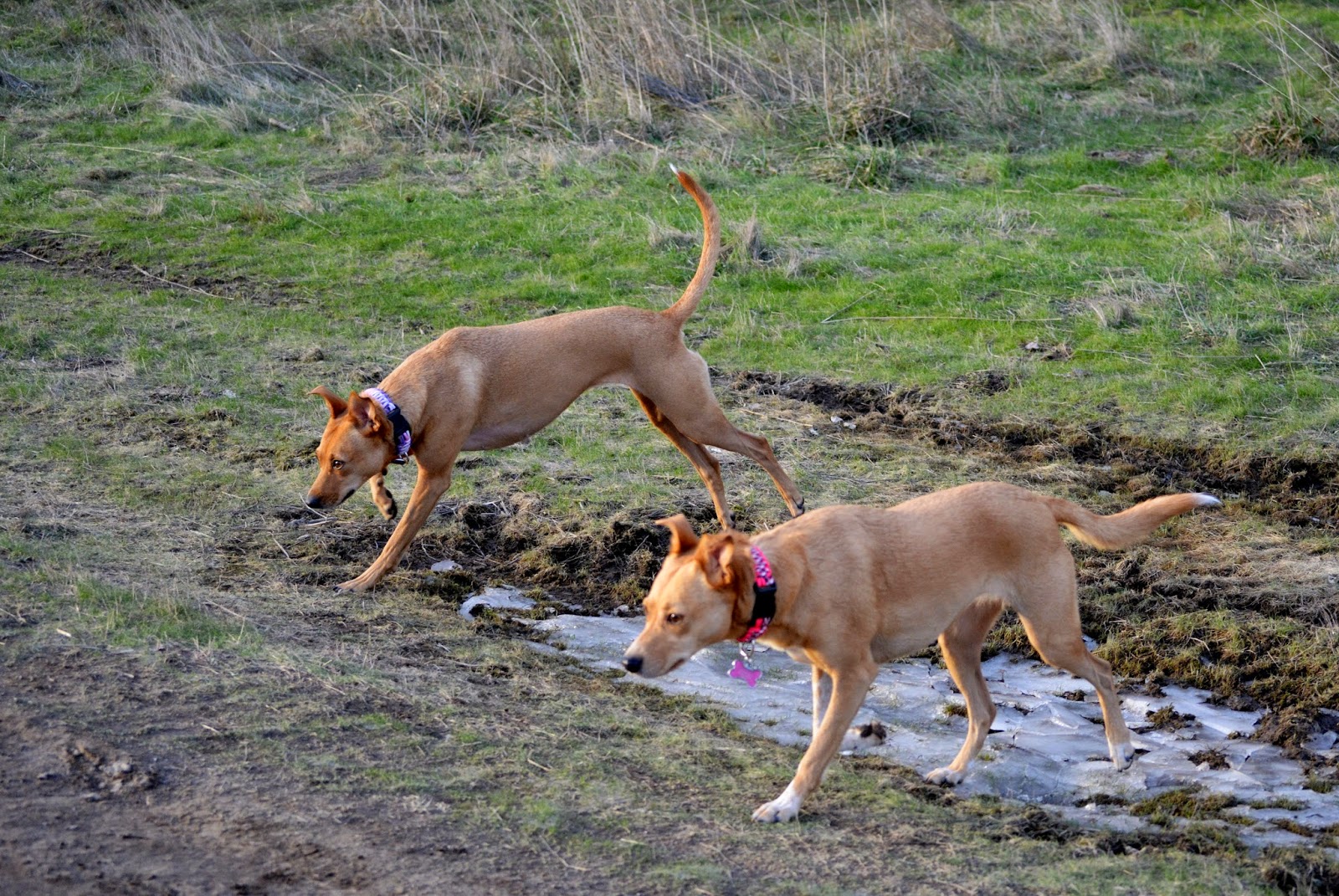 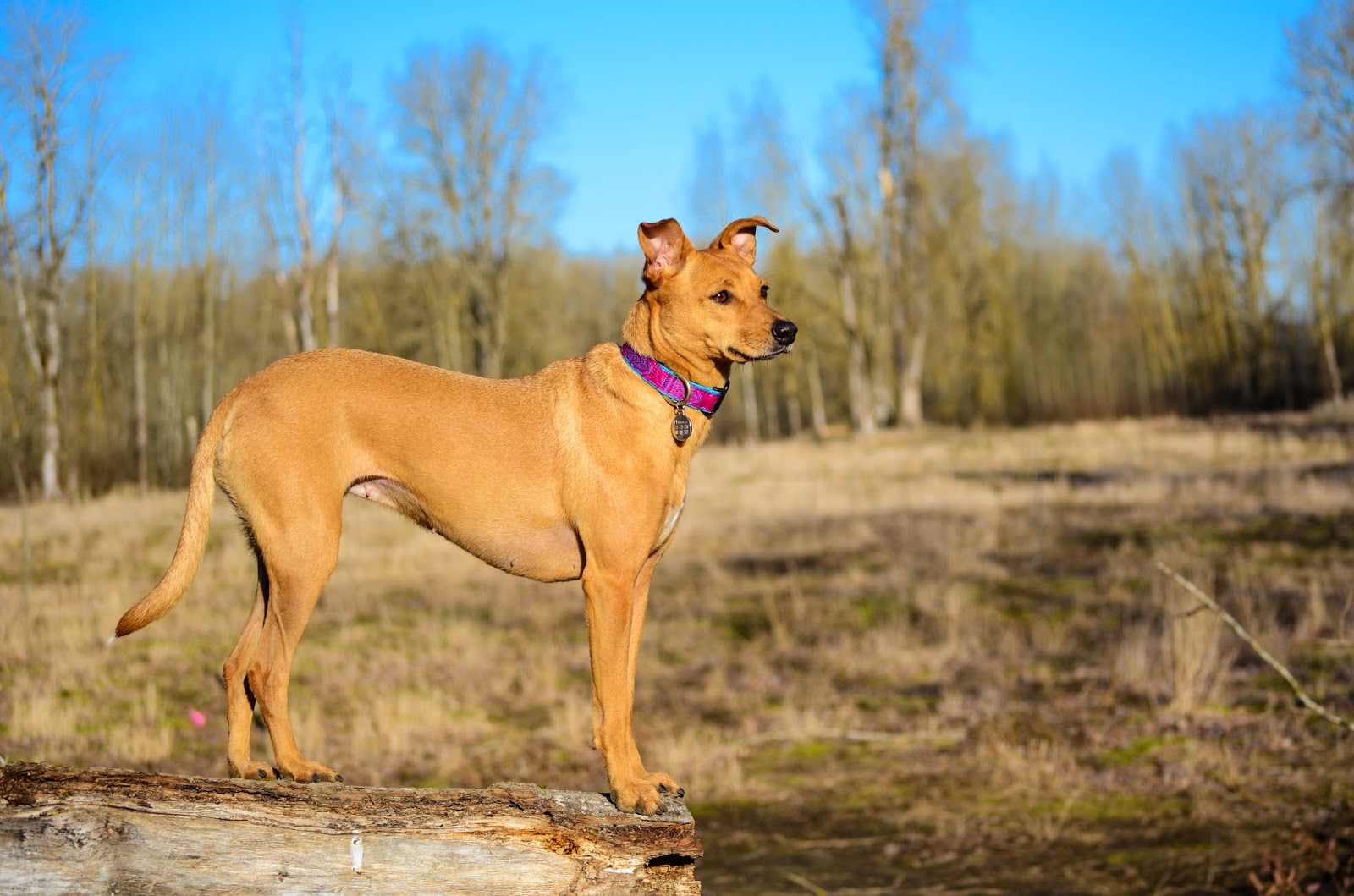 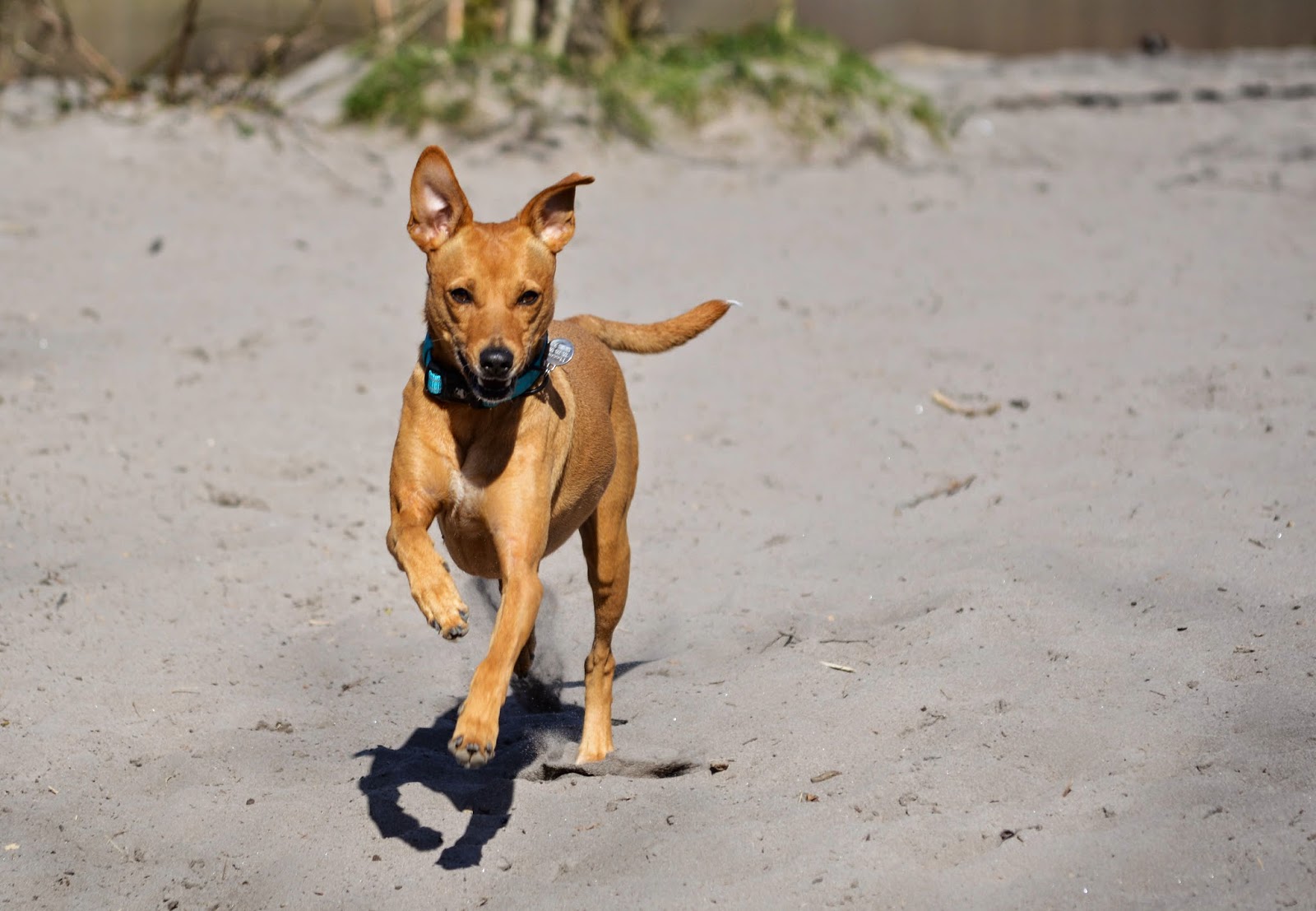