The Bridge of the Gods 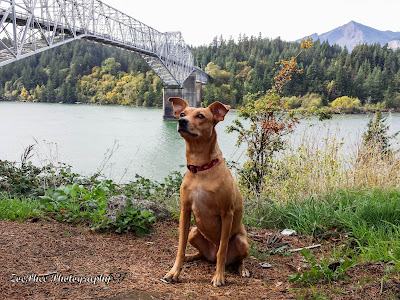 Have you seen the movie "Wild" with Reece Witherspoon? I didn't really like it that much but I've heard the book is a lot better. Part of the story takes place in my neck of the woods, so when my husband decided to take us for a drive the other day, the Bridge of the Gods was on my list of destinations.

Have you ever heard of the Pacific Crest Trail? It's the 2,660 mile trail that runs all the way from the border of Mexico to the border of Canada and the Bridge of the Gods is where all the hikers cross from Oregon to Washington.

I actually didn't know we were going anywhere other than Thousand Acres that day, so I was a bad mom and forget to bring the harnesses for the dogs. Oops! 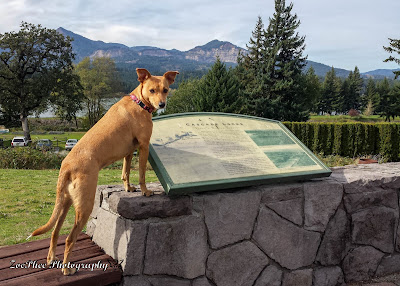 The bridge itself was having some work done on it when we went so we didn't actually drive across it. It's located in a neat little town called "Cascade Locks" so we parked and wandered around there. According to my research, Cascade Locks is one of the friendliest communities in Oregon. We didn't really run into anyone to test that out but it did look like a nice little town. 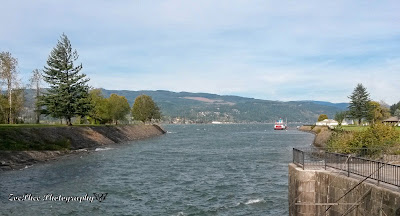 We ended up finding a really neat little place called Marine Park that has a small footbridge to one of the islands in the Colombia River! The Island is called "Thunder Island" and it overlooks the Bridge of the Gods. This place was SO awesome! We had a great time walking the dogs around on it! 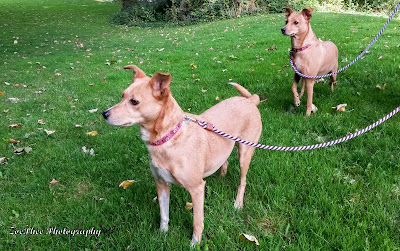 Zoe was determined to find out if there were any "rodents" on the island. Phoenix wanted to help! 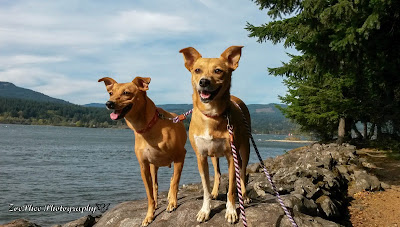 There were a lot of fun "obstacles" for them to check out and Zoe did manage to find a squirrel in the trees directly behind them. 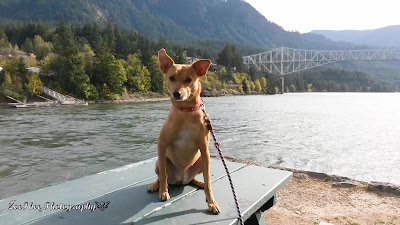 It was SO windy! There were a lot of chances to get silly "wind blown ears" pictures!

We had a great time and we will definitely make this stop more often when we are driving through the Colombia River Gorge area. If you're in town I'd recommend stopping here. It's beautiful!