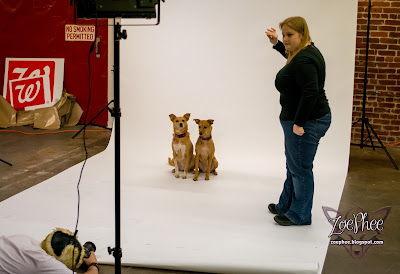 Last week we were told about an opportunity to be in a commercial by our friend Tenacious Little Terrier! I sent in a trick video to audition and I was so excited when I got the email that we were selected to attend the event! This was a shoot for Walgreens supporting Red Nose Day an organization that helps people in 3rd world countries. Unfortunately I heard about the event at the last minute and we weren't able to prepare very well. Despite that, I think the girls did really well. 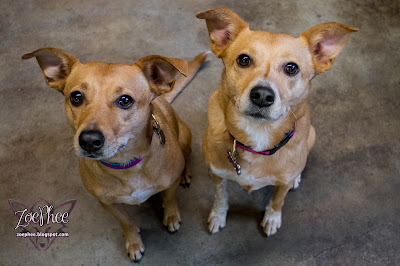 We got there super early, I think we were there before the photographers showed up! It was a long day. We got there first and went almost last so there was 3 hours of waiting. The girls were a little nervous when we first got there! I sort of think they thought they were at the vet! 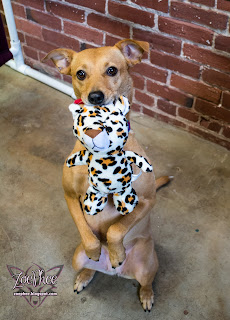 I kept the girls busy for a while by practicing their tricks and playing silly games! 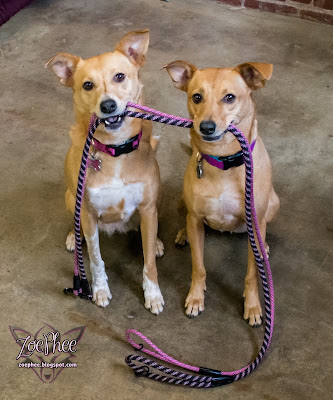 Practicing more silly things. The building was set up so well. They had barriers for all the dogs so we got our very own corner. The girls were off leash the whole time for the most part. 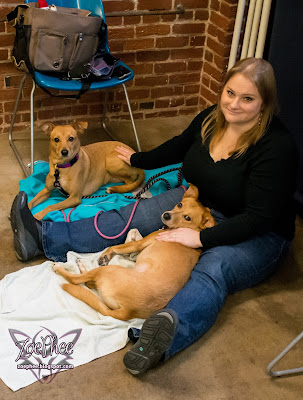 Zoe was kind of nervous so she needed a lot of cuddles and attention. 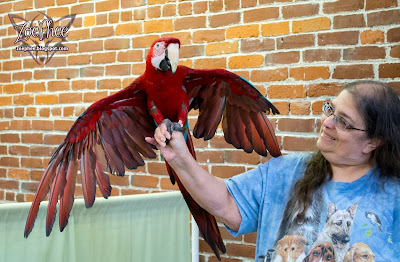 Our parrot friend and neighbor! His name is Tiny and he's 23 years old. Such a neat guy!

Phoenix was a super star for this entire thing and I am so proud of her. She was able to stay engaged with me the entire time we were there. She played tug, she did tricks. She didn't whine or have any reactivity. There were a ton of dogs and Tiny the parrot at this event and she did so well. It's just amazing to me that this dog went from a dog that no one wanted, that nobody could touch to a dog who's doing tricks for a commercial. She's amazing and she's the best dog ever. 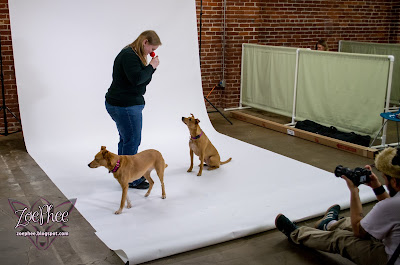 Oh Zoe, what are we going to do with you? 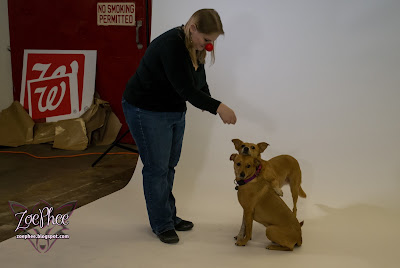 Yep, they made me wear the red nose. It was silly but fun! We had a great day and I was so glad the event fell on my husband's day off. He took all the photos of me with the girls and he was so helpful! I have no idea if they will pick any of our clips for the final cut of the commercial but they seemed to really like the girls and like their tricks. I hope we can do something like this again some day!