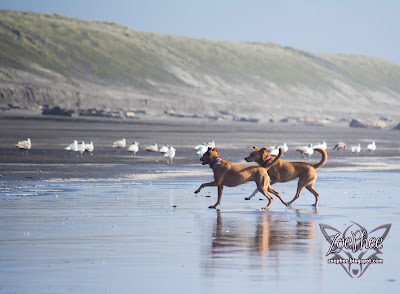 Believe it or not, while we were at the beach, the dogs could not have cared less about the seabirds. They trotted around and for the most part ignored them! At one point Phoenix did decide they might be fun to chase but I was able to immediately call her back. Thanks to Premack! 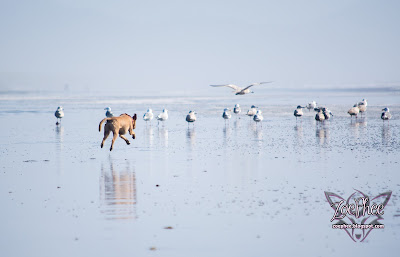 Phoenix half hearted attempt at chasing the birds was a great opportunity for me to practice calling her off prey. The birds were not in any danger and they really were not all that bothered. 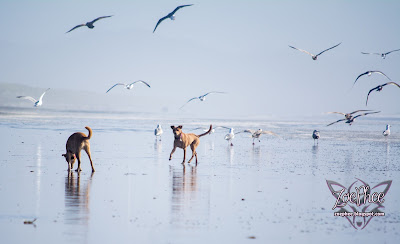 As soon as I called Phoenix she immediately turned back and came. The birds landed right down where they were. It wasn't any worse than the birds taking off to avoid cars that were driving on the beach and everyone was fine. As you can see, Zoe did not care at all about birds and was busy sniffing.

I love the beach so much! I hope we can go again soon!


Have you ever taken your dog to the beach? Did they like it?
Posted by zoepheedogs at 12:00 AM