The Good, The Bad & The Ugly: Why Owning A Reactive Dog is Like Grieving 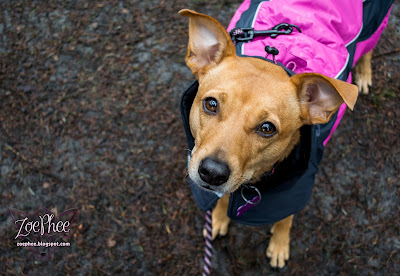 I'm beginning to really loathe March. This past month has not been the best of months, it's been nonstop raining for most of the month. Endless days of rain is never good for anyone who struggles with depression and I'm not any different. Trigger Warning. I'm learning that having a reactive dog is a lot like constantly going through the 5+ stages of grieving. There's denial, bargaining, anger, depression and finally acceptance. It's not linear and the past couple of days I've been going through pretty much all of them and feeling them all at the same time.

From being so upset that I didn't want to get out of bed and even look at a dog, to being completely angry and upset with her previous owners that I hoped they never get another dog, being angry at myself for all my stupid mistakes back in the early days of having her (I'm never angry at her and I know her issues are not her fault), to even bargaining: Oh if only I had just done this differently... or I wish I could go back in time, I wish I had gotten her as a puppy, or maybe if I just try harder or try something else... To just really mourning the life we could of had if she had been socialized properly and not gone through her previous traumas.

I don't regret adopting her, she's taught me so many things and it's because of her that I am the trainer I am. She's my heart dog, my freaking ray of sunshine (which only a select few get to see), the reason I get out of bed every morning, the only dog I've ever had that wanted to be with me and play my stupid games, which makes it so much worse when things go wrong. It's hard to not get emotional when something goes wrong with a being you love more than anything else in the world. I don't have any family other than my husband but I have these dogs and they mean more to me than I have words to describe it.

I promised you guys a while ago that I would always be honest with you and tell things how it is. We are all human, we all make mistakes and the past two weeks have just been awful screw ups and errors in judgement on both my husband and myself. 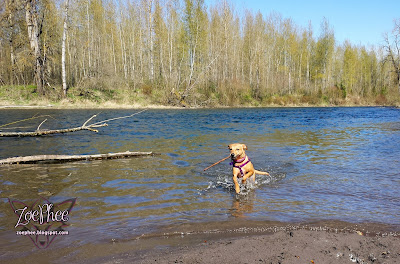 From the stupid hypothermia incident at the river, to getting charged by two shepherds and having a snarky incident, we are having a rough two weeks. I didn't really go public about the incident with the two German Shepherds but literally the day after the river incident we got charged by two huge shepherds. The owner had no control over them and they pummeled both of my dogs. None of us saw them coming and it was a big snark fest. Phoenix ended up bleeding from a tooth getting knocked. Once the owner got control over his dogs, things were okay, there were no other wounds or anything. We ended up leaving the park.

From there we had our 3rd Treibball class, this was Phoenix's second time going. The first class she missed. I got to work super early and ended up walking her around the neighborhood. After our walk they ended up letting me into the building so we could hang out and not be out in the rain. I had about 20 minutes before I was "on the clock" so I spent the entire time playing with Phoenix in the large play room where we teach our classes. I want her to have a great association with the place. I want her to feel like when we go to training it's just us doing more silly games and to keep stress low.  While we taught our first class, Phoenix was in the lobby/office hanging out. She was so good and didn't bark at all.

There are only 3 other students in her Treibball class and she's been doing great in class. She's been playing the games that are being taught, she's been tugging with me and she has been pretty good about being around other dogs that she does not know. I've been able to keep her attention and I've been happy with her progress and hopeful that I was on the right track with her.


On Monday during her class, she had a couple of freezes when the dogs would run by. Sometimes she would stop and stare at them but I was able to just feed it and get her attention back on me. Easy peasy.. no real outburst or huge reactions, she did at one point have a very "nervous tail" where she watched a dog and was wagging really hard. Her tail wagging like that is not a sign of happiness, it's a sign of arousal and one of the signs she is going to react. I worked hard on keeping her arousal sort of medium-ish and on the game we were playing. She did really well and class was not a big deal. She gave me some amazing focus. After class she even met our trainer's sheltie and they wandered around together while we cleaned up. Things were going really well.


By the time it was time to go home, things were going so well that I made the mistake of asking for more. Knowing when to quit when you're ahead is important and I messed up. I asked our trainer if she thought we could intro Phoenix to her other dog as well. I figured we'd be working together and we might as well try to get the dogs used to each other.

Phoenix has always been fine with on leash greetings, she's been fine with dogs who are her size or smaller. She's been to Pet Expo and passed dogs on leash, she's done Doggie Dash and walked with hundreds of dogs on leash. She's been at some crazy events and done better than Zoe. Both of my dogs used to go to work with me every day at the vet clinic and hanging out at a vet clinic is extremely stressful. She was able to pass and greet dogs at the vet clinic. She's always been one to try and avoid conflict whenever she can. She would get nervous sometimes but not flip her shit. She's gotten defensive with dogs for rushing into her bubble when she didn't see it coming but never just for a quick on leash greeting to say hi with calm well trained dogs.

The greeting with both dogs on leash in the lobby didn't go well and Phoenix snapped at them and she scared the crap out of them. I am honestly not sure if she actually connected but I think she did.

The look on my trainer's dog's faces was so sad and it's not something that I've been easily able to let go. I cried the whole way home and most of Tuesday as well. I have never wanted to be that person with **that** dog, the one that traumatizes another person's dogs or makes someone else's dogs scared and upset.

Nobody was hurt and she didn't draw blood but to say that I was shocked would be a complete understatement. She has never gone after dogs like that before in that context unless they were trying to eat her first. I guess there's a first for everything and that makes me the asshole owner who says, "OMG! She's never done that before!!!". We've all heard someone say it and we've all rolled our eyes. Great. I just joined the dumb ass dog owner club. Seriously, no one can beat me up more than I am already kicking myself.

My trainer, bless her, was really nice about the whole thing. She said that Phoenix is a great dog, that she's doing so well in class and that she's seen worse. It's not that big of a deal and to not apologize. (I kept apologizing... and couldn't stop). She told me that Phoenix is still welcome to come back to class. We worked out a plan to make sure that what happened wouldn't happen again and Phoenix will be going straight to the car after class. She also mentioned doing intros differently, parallel walking and circle walking, which I am familiar with and have done in the past. I don't know if we will try introducing them again, probably not.

So it just brings me back to why the heck I thought greeting two dogs on leash in a tiny lobby at 10 o'clock at night was a brilliant idea. It was not. We were all fried. We were all tired and obviously Phoenix was completely out of spoons and likely trigger stacked from the previous incidents that we've had in the past few days.

I'm so embarrassed and I feel so stupid for trying to intro the dogs and pretty much like such an inexperienced idiot. I put someone else's dogs in danger and I thoroughly regret it. I am really sad and disappointed in myself for setting my dog up for failure, too. Phoenix has come a really long way from the scared little dog who shivered in the corner and wouldn't let anyone touch her but apparently, she still has a few lessons up her sleeve for me.


I would be lying if I said I wasn't tired of dealing with reactivity. It's exhausting and depressing. Having to constantly worry about her and keeping people and their dogs away from her. Having to peek out my door to make sure the coast is clear before I let them walk into the hallway, having to tell everyone my dogs are not friendly, even though Zoe really is and would like to say hi. Getting dirty looks from other dog owners because I've had to tell them to get their dogs because "mine aren't friendly". Being known as the grumpy lady with the "mean, skittish little dog" (even though she's never done anything to any of my neighbor's dogs) is frustrating. It just really wears me down.

I will never give up on Phoenix but sometimes I do wish we had a cabin in the woods somewhere away from everyone else. In the city there's a dog around every corner. I know that I'm lucky she's less reactive than most but I think I'm a bit unlucky in that she's "silent, but deadly". People think that both of my dogs are so cute and because she doesn't give traditional reactive warnings or outbursts that she's fine and we've had a lot of problems because of it.

I guess I am lucky she's "a mostly functional" reactive dog. 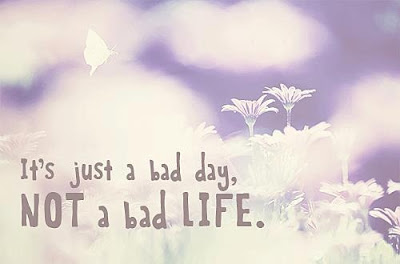 In the end, I know it was only a bad moment, not even a bad day and certainly not a bad life. She is an amazing dog, a wonderful companion and she's so much fun. I totally see the good in her. I wish other people could, too. She will still be going to Treibball and she's going to Impulse Control classes, too. I always hope that with a little more work she might get better and more comfortable around other dogs. I'm not quite ready to just accept that this is the way things will always be.


What is your biggest struggle with your reactive dog? Does it feel like grieving to you, too?