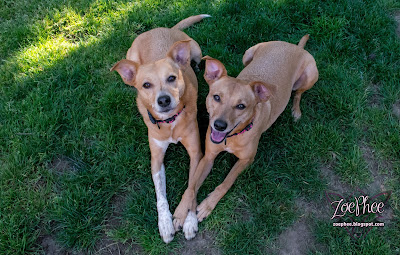 I've been going back and forth about doing another training update, hopefully you guys aren't bored yet. This week was another really good week at training class and I'm pretty happy with both of my dogs! I'm sorry for not having any actual photos of them in class. I just didn't have time this week. 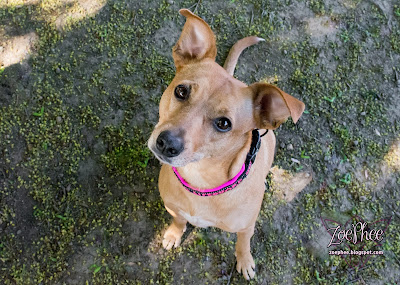 Phoenix did really well in her Impulse Control class this week and it's definitely something I want to celebrate and also tell you guys a funny story. If you follow me on facebook, I apologize for you having to read this twice. Our trainer set us up to do a game called "Over the River", basically they put down long lines and the dogs are supposed to stay on their side of the river while we cross the long lines. Anyways, it was really funny because as the training assistant was setting up the long lines, Phoenix picked up the drop leash and tried to give it back. It was such a cute and hilarious moment in class and it's something I wanted to remember.

Phoenix is feeling a lot better about the class and she isn't as fearful. She's still nervous any time we do stuff that requires her to be closer to dogs or the trainers but she's able to do it and she hasn't shut down. This past week she was even able to tug during class. Next week is her last class and I'm sad about it because I feel like she could really use more classes like this one and now that I've switched to working Fridays I won't be able to take her. 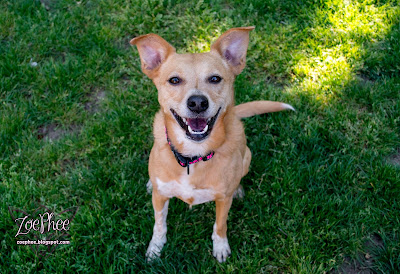 Zoe is having a blast in her nosework class. She absolutely loves it and she's doing great! I'm so glad I found something that she likes. She gets so excited when it's her turn to search! I've taken everyone's suggestions from last week's post to heart and I've been working on getting her the reward faster for finding the scent and I've also been working with boxes that are weighed down so she can't flip them. It's going really well and she's gotten to the point where some of the time she will gently scratch the box instead of throw it across the room. Which is great progress for it only being a week!

This week Zoe met one of her classmates and for a moment I forgot which dog I had and sort of had a mini panic attack. The dog is a rottweiler/airedale mix and he's huge. Zoe did great and was wagging the whole time but after a few minutes I ended up pulling her back and away from him because I don't like doing on leash greetings anymore after having Phoenix. Zoe is getting older, crabby and less tolerant of other dog's shenanigans so it's best if we are careful.

Phoenix is also loving her nosework lessons. Basically whatever Zoe learns in class, I come home and teach to both dogs. Phoenix gets really excited and she's been having a hard time waiting for her turn to search, which I'm going to work on with her. I'm glad both dogs are really excited about searching and I'm having a lot of fun with it too!


So that's about it for our training updates from this week. I hope it's not too boring for you guys!